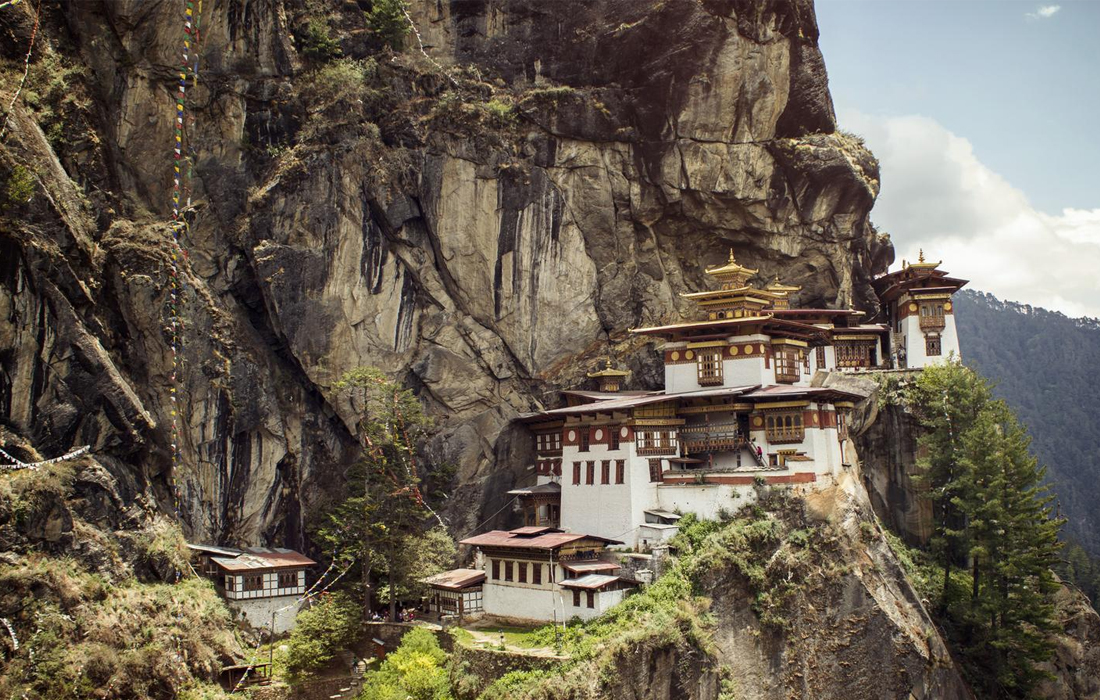 Southern Bhutan has a tropical climate as eastern Bhutan is warmer than the western parts of the country. The northern part of the country with the Himalayas gets snowfall almost all throughout the year. Therefore, the best time to visit Bhutan also depends upon the part of the country you will be travelling in. Generally, October through December is considered ideal as the sky is clear and sunny.

January and February are colder and you will rarely find tourists travelling to Bhutan around this time. March to April is one of the best times to visit Bhutan as the climate is dry and pleasant and in late spring the beautiful rhododendrons in full bloom are yours to admire.

In May the rhododendrons are still in bloom, but the heat and humidity increase making it difficult for easy travelling.June to August is the monsoon season in Bhutan. There is rainfall in eastern, western and the southern areas of Bhutan whereas the mountains are covered by the monsoon clouds.

September, October and November is the busiest tourist season thanks to the excellent weather. If you want to see the rare black-necked cranes then visiting Phobjikha Valley between late October and mid-February would be ideal. December is cold but the valleys are sunny with clear skies.